Please sign up for our newsletter to stay in the loop with Marge Carson and CARSON by Marge Carson. 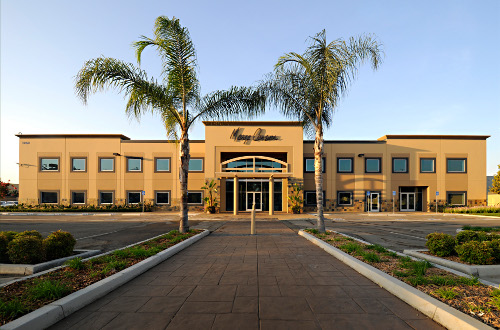 POMONA, CA -- Marge Carson, an industry-leading designer and manufacturer of highend home furnishings, has moved its headquarters to a 72,000-square-foot space in Pomona, California. The short 15-mile move from its former location in Rosemead is advantageous in several ways, according to company CEO Jim LaBarge.

"We previously occupied a 55,000-square-foot building and a 10,000-square-foot offsite warehouse. Consolidating the spaces into one building will allow for more efficiency and less handling. Plus, the operational logistics are greatly improved for the handling of incoming containers and shipments to customers."

The move also represents the company's first opportunity to own its building. Until now, Marge Carson has leased space, occupying its former headquarters since 1953. The occasion was marked by a ribbon cutting, with the mayor and city councilmen in attendance, and a barbecue for Marge Carson employees and their families.

"It's a beautiful space, a nearly brand-new building that became available at an attractive price," says LaBarge. "This building perfectly suits our office and warehouse needs-and gives us room to grow."